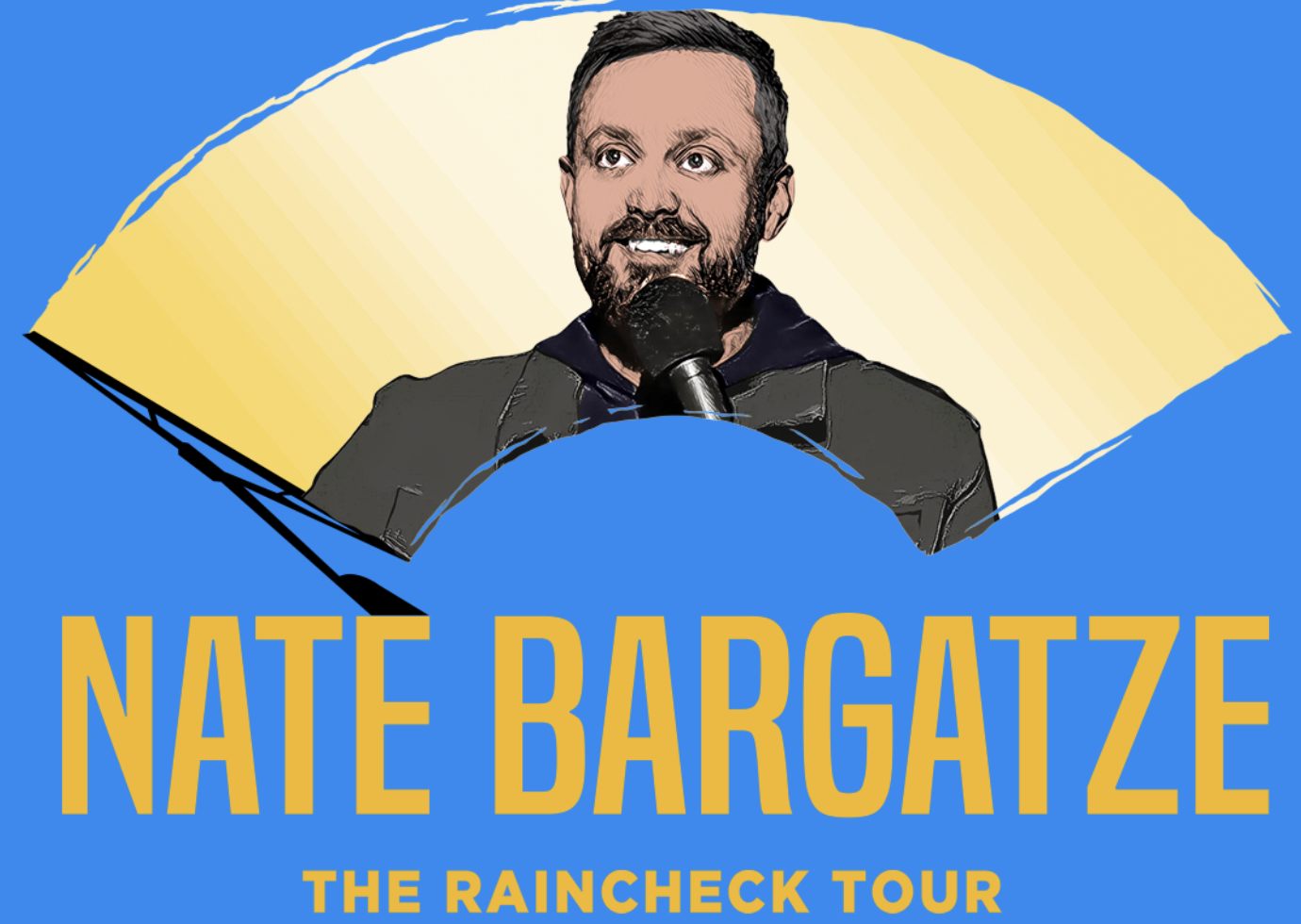 The Historic Gillioz Theatre was built in 1926. Balcony seating is closer together than Orchestra seating. If you or a member of your party is tall or requires more leg room, we advise purchasing Orchestra level seating.

VIP Includes:
– Exclusive piece of tour merchandise
– One of the best seats in the house
– A meet and greet with Nate

PLEASE NOTE THAT THERE IS NO ELEVATOR ACCESS TO THE BALCONY SEATING AREA.

Coming off the success of his 2020 One Night Only Drive-In Tour, Comedian Nate Bargatze announced today his new The Raincheck Tour. In addition to his rescheduled shows from 2020 that were moved due to the pandemic, Bargatze has added 15 new markets plus 10 late shows to his tour itinerary which will go on sale to the general public Friday, May 21 at 12pm. For rescheduled shows, all previously purchased tickets will be honored for the new dates listed below. For more information and tickets, visit natebargatze.com.

Fresh off the release of his highly anticipated 2nd Netflix special, The Greatest Average American, now streaming worldwide on Netflix, The Raincheck Tour will feature all new material.
Hailing from Old Hickory, Tennessee, stand-up comedian Nate Bargatze sells out shows across the world. Bargatze’s comedy is both clean and relatable, which is evident in his ten appearances on The Tonight Show Starring Jimmy Fallon following four appearances on Late Night with Conan O’Brien. In March 2019, Nate’s first solo one-hour Netflix special, The Tennessee Kid premiered globally with rave reviews.

In July 2020, the comedian teamed up with All Things Comedy to release his new podcast, Nateland. The world is a crazy place and there’s plenty of podcasts out there tackling the tough issues. However, Nateland tackles the meaningless issues that we face day to day to give listeners a much-needed mental break from fighting the good fight. New episodes release Wednesdays, with video available on Nate’s YouTube channel and audio available everywhere you get podcasts.