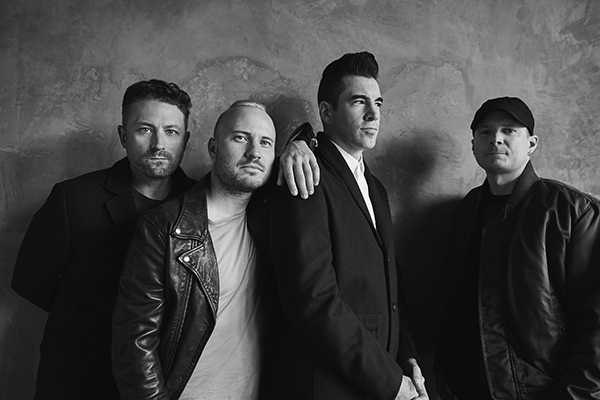 Theory of A Deadman w/ 10 Years

Orchestra level seating is general admission and balcony level seating is reserved. If your GA ticket has a row and seat number, it is for filing purposes in our ticket system. Please call our box office at 417-863-9491 with any questions.

Theory of a Deadman has partnered with PLUS1 so that $1 from every ticket sold will go to support organizations dedicated to breaking the cycle of domestic violence and building a community free of abuse.

Award-winning multiplatinum Los Angeles-based Canadian band Theory consistently deliver undeniable anthems rooted in scorching song craft, experimental vision, rock ‘n’ roll attitude, and clever pop ambition. After nearly two decades, the musicians landed their biggest career hit in the form of “Rx(Medicate)” from 2017’s Wake Up Call. Not only did it receive a platinum plaque, generate 100 million-plus streams, and become their third number one on the Billboard Hot Mainstream Rock Tracks chart, but it also received a nomination in the category of “Rock Song of the Year” at the iHeart Radio MusicAwards. To date, their discography encompassed the double-platinum single “Bad Girlfriend,” platinum single “Not Meant To Be,” platinum album Scars & Souvenirs, and gold singles “Angel” and “Hate My Life.” Plus, they notched two Top 10 debuts on the Billboard Top 200, namely Truth Is…[2011] and Savages [2014], as well as eight top tens on Billboard Hot Mainstream Rock Tracks Chart. In addition to selling out shows worldwide, they’ve toured with everyone from Alter Bridge and Bush to Stone Sour and Big Wreck and more. Theory’s seventh full-length offering, Say Nothing [RoadrunnerRecords/Atlantic Worldwide] marks the start of a bold new chapter introduced by the 2019 single “History of Violence.”